Howl – Are wolves really all bad? 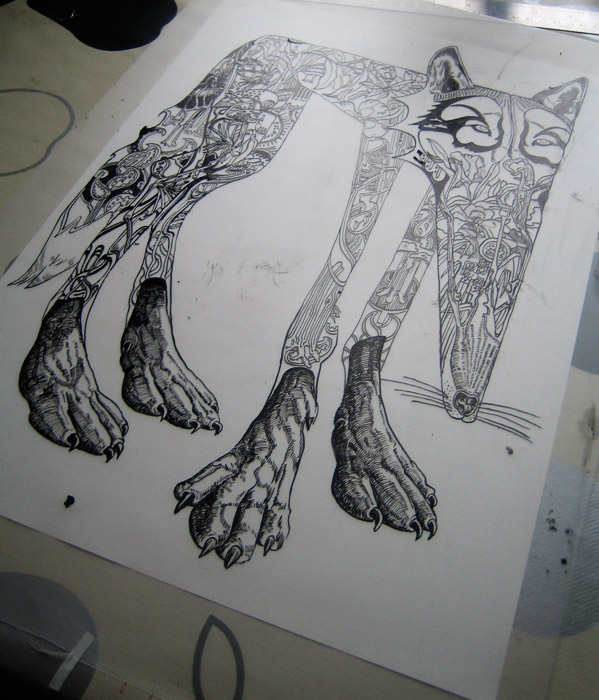 Work in progress for a new screen print. This is one of the positives for a 3 colour screen print. It is indian ink on transparent film. 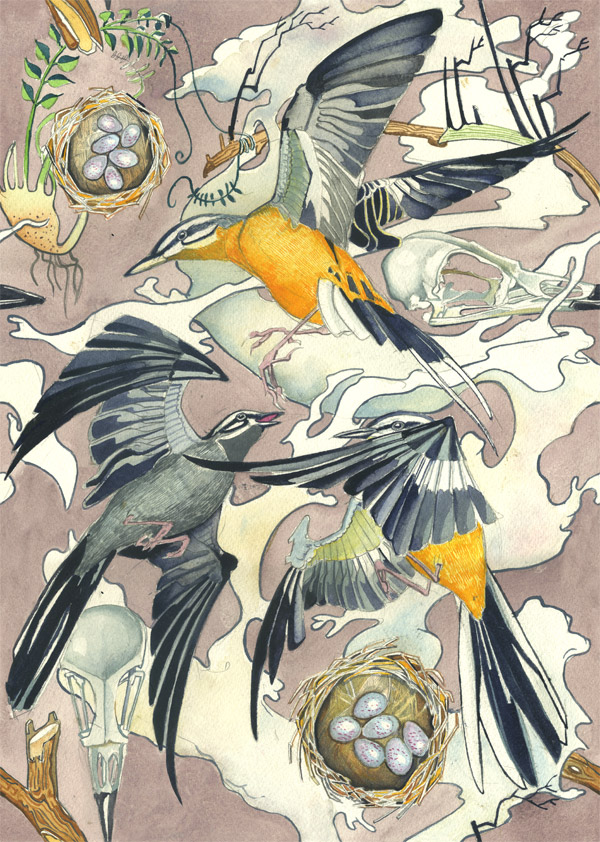 I was invited by arts magazine Domestic Etch to produce an illustration for their biannual magazine. The theme was Growth and Decay.

Cocktail which will give you a critically dangerous headache. Mountain Gorilla

The Mountain Gorilla is critically endangered. So what? What does that really mean? Critically Endangered is the highest risk category assigned by the IUCN (International Union for Conservation of Nature) Red List for wild species. Critically Endangered means that a species’ numbers have decreased, or will decrease, by 80% within three generations.